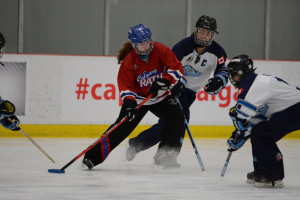 On Sunday, March 1, 2015 I got an amazing opportunity to be on the bench with Calgary Rath from the National Ringette League (NRL) for one of their games against BC Thunder. I had a class assignment to photograph a sports event, so I of course wanted to focus on a ringette game.

That weekend was a crazy weekend for ringette I remember- I had to go to Hussar, Alta. to coach my team in Provincial Playdowns- so I was only able to make it to the game at 8a.m. on the Sunday.

It was seriously an amazing time being on the bench with Rath. I’ve been watching their games since the team was created in 2004, and I remember looking up to them when I was younger. 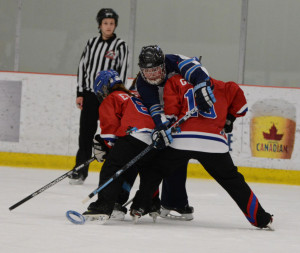 Although I didn’t really get to watch much of the game I still had such a great experience being on the bench with them. They were positive throughout the entre game even when they were down by quite a few goals.

They tied the game at 6 with ten seconds left on the clock and then lost the game in a shoot out, but with their two wins the day before and their shoot out win in the second game of the day they represented the West at Nationals with Edmonton Wam.

This is something that I’m never going to forget, and I only hope I get another chance to photograph one of their games.