Tournament season has officially begun in Calgary. Teams from throughout Alberta have made there way to Calgary for the 22nd Annual Lonnie Krahn Classic.

This morning U16B Cal East Crossfire (the team I’m coaching) played Indus Lightning and it was a really good game, but they ended up losing 9-6. The game was back and forth for just about the whole game. 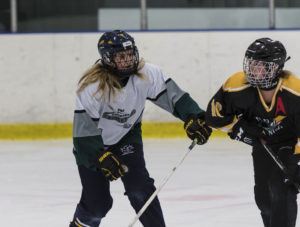 Personally I love being able to sit at the rink during a tournament and watch game after game. I especially love this tournament in particular because it’s all at the same rink and I believe I’ve just about always been involved with this tournament in one way or another since joining ringette in 2001. It will always be the Spring Classic to me since it only started being held in October about five seasons ago I want to say.

Tomorrow I’ll be back at the rink for one of Crossfire’s games since I have my own game tomorrow night.