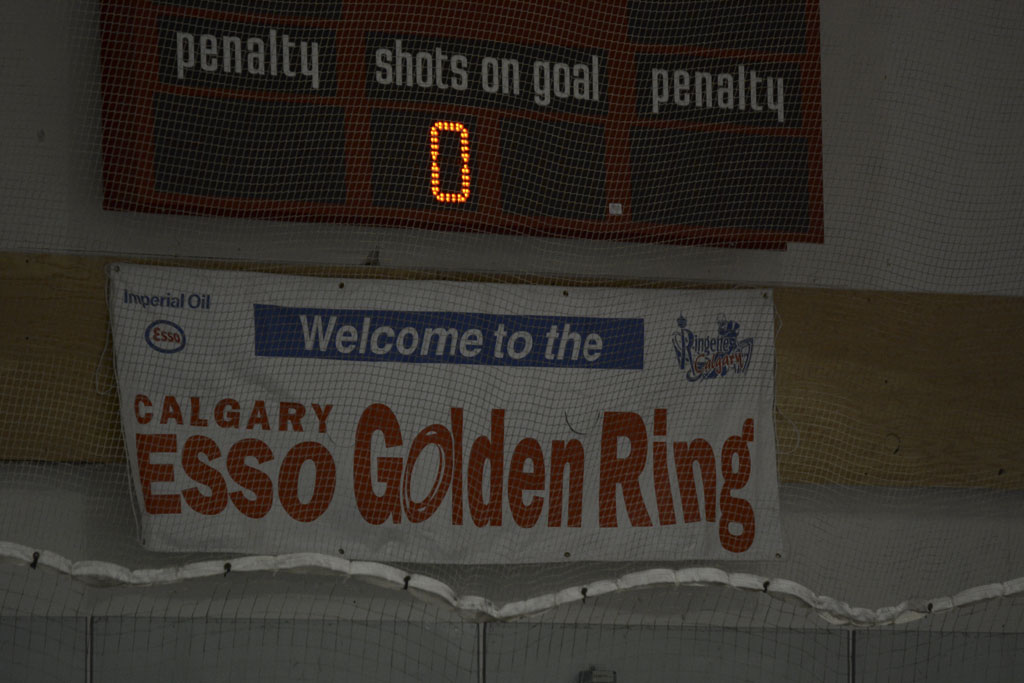 The first day of the Esso Golden Ring held a lot of amazing games to watch. Tournaments always have teams playing a more determined and intense games. I love watching games all throughout tournaments because some just go out and play their hardest knowing that the weekend could be cut short at anytime.

Unfortunately I wasn’t able to watch as many games yesterday as I would’ve liked to, because of having to go to class in the middle of the day, but I got to watch a few games including a U19AA LMRL Thunder vs. Central AB Sting. It was an amazing game to watch, and the game was tied up until 54.7 seconds left in the game.

Today there are still quite a few amazing games to watch including another NRL game later tonight at 6:45pm at the Don Hartman North East Sportsplex on the West ice surface.

From all the games that I have watched or at least caught a bit of have been amazing games. These games just prove that ringette is the fastest game on ice.

There are still so many games to go on, 365 games being played in 3 days make for a weekend full of some amazing ringette to watch.