Asteroids is a fun game to play during a practice and has more than one name, but I know it as asteroids. It can be played as a full ice game or as a half ice game- for full ice it’s better with more people.

One way to play it full ice is to either have coaches on the boards with the rings or in the centre ice circle with rings. Have all the players line up on the goal line or ringette line and on the whistle have them skate to the other end of the rink or around the centre ice circle. 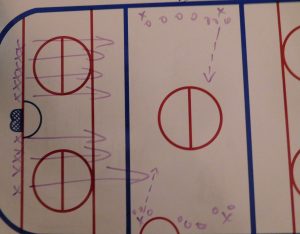 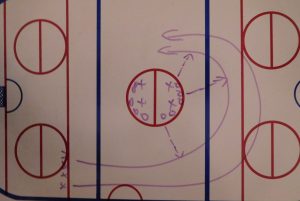 A way to play this half ice is to have the players line up on the boards with coaches and rings on the goal line and ringette or blue line. It’s the game as full ice that on the whistle they skate to the other side.

The object of this game is to not get hit by the ring. If the ring hits the players skate, they join the coaches to try and get everyone else out.

Coaches don’t always have to be ones shooting the rings to start.